So I of course don’t know if it is actually Artemis’ birthday but I got her 2 years ago in November so I picked a day and called it her birthday because I don’t remember the exact day I got her. We went for a 2 mile run and they I harassed her all night.

Check out that best time!!!! It was only for a few seconds but that is my fastest time ever!! That is probably when I ran across the street before the cars came hahahaha!

After my run, I was a little sweaty but it felt good!

Artemis had a ball, but at this point she was really ready to get back home. She has a leash on your just can’t see it with my awesome quality of photography hahahaha.

Back to trying to have some juice in the morning!!!! Carrot apple is my jam!

So I just finished season 5 of Grimm last night (I know I am behind like always) and I go to press play on season 6 (on amazon prime) and it costs money!!!!! NO!!!!!!!!!! Seasons 1-5 are included with amazing prime but not season 6. I HATE when they do that! Though I guess it makes sense since it just aired this year. But now I either have to buy an episode here and there or wait and see if it drops for free. I will also check the other TV sites we have like Netflix and Hulu. Fingers crossed. 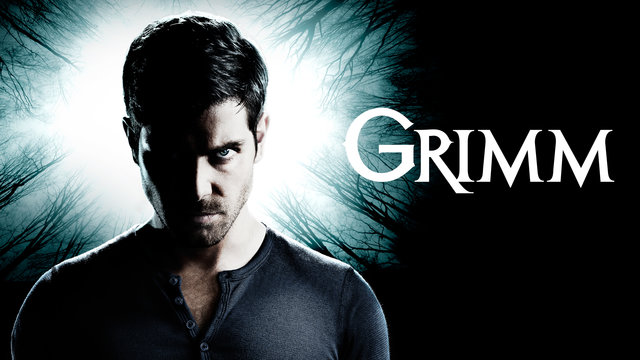 Do you watch Grimm?

What is your fav show right now?

Has winter hit where you are? How are your workouts fairing if it has?

I have a feeling this winter is going to be very difficult for me training wise if I don’t find a cheap gym. I can run in the cold (I don’t love it but I can) but when its cold AND raining its hard for me to get my butt out the door.

Today is a day of domestic bliss. Getting some laundry done and making some yummy food.

Now I just need my man back from the east coast.

I mentioned last week that the BF and I went hiking at Smith Rock State park so I thought I would do an actual review and talk a little more about it.

Smith Rock state park is out near Bend, OR. Weather wise it was almost perfect, after many days of dark dreariness we entered the land of the sun! Bend gets a lot more sunlight than Portland and this particular park looks more like it belongs in Arizona if you ask me. It was probably about 70-75 degrees with sun and a few clouds so it was amazingly beautiful. Of course there was a storm rolling in and we hit the beginning of it but I’ll talk about that later.

It was a Friday morning and I happened to not have lab so we decided a hike farther away would be ok. We did get a little bit of a late start though, by the time we were up and ready, hit the grocery store for snacks and really got on the road it was about 10am.

It was just under a 3 hour drive for us so by the time we got there, got situated, bought a $5 parking pass and headed out it was about 1:15pm.

I took a few pictures of the area before we started. The surroundings were so unlike the area of Oregon we live in!

It was an aptly named trail, at least the ups and downs were but I would say only about 1-1.5 of it was difficult. The rest was pretty flat.

Gotta get a nice picture before we get all sweaty and gross.

The view from the top was great, very pretty.

That is what we had just hiked up. There were actually quite a few stairs, it felt like I got a major step up workout hahaha

The information shop area place had a nice little map that was free that showed you all the trails.

We did Misery Ridge which was the most elevation wise but was only 4 miles. We would have added on a smaller hike but about half way through our 4 miles the wind started kicking up and the clouds started rolling in. We drove the rest of the way into Bend and had dinner at the Deschutes Brewery and restaurant. I had an amazing burger after all that hiking hahaha. I may have also had a beer sampler but being as I was tired and had worked out it only took 3.5 of the 6 to hit me so the BF finished the last 2.5 for me hahaha, I am so not a heavy drinker anymore.

On the way home the clouds really started rolling it and we even hit a little snow going up over the pass back to Portland. It was 34 degrees so the snow wasn’t sticking yet but it probably stuck later that night if it kept going.

Overall I really enjoyed this hike, I wish the clouds hadn’t rolled in so we could have hiked longer. There was only the one difficult part of the hike though going up and over the ridge, Brandon was a little bored the rest of the way and we even ran a little on all the flat parts. Maybe 3/4 of a mile to 1 mile. Smith rock state park is very big with rock climbers, there were A LOT of them, it was fun to watch them but terrifying to think of being up there. There is also mountain biking and on the flatter, rolling hills parts that could be fun.

As far as dogs go, they are allowed but sometimes Artemis pulls and I would have been terrified that she would have pulled me off balance and I would have fallen, there are some definite drop offs. Thankfully I did not bring her on this hike. Also I prefer to hike with her in less populated areas so I can let her off leash and she can go at her own pace.

Overall I enjoyed the hike but it is way to far of a drive for what we got out of it hike wise. I did very much enjoy myself though.

Until next time, have fun trailing the blonde…………

Be seen!!!!! This is one we hear all the time but maybe we hear it so much it doesn’t really sink in. When we are a pedestrian or runner we think everyone sees us, how could they not? But there have been many times I have been driving in my car and been in a rush or just not paying great attention and after the fact I think, did I check that cross walk?

There has also been many times recently as I have started taking public transportation into my new job and have to walk about 1/4-1/3 of a mile when I look down at my clothes and realize I am in all dark clothing……Not the best way to be seen.

It has gotten me to think about my running clothes, most of my clothes came from Fabletics or the clearance bin at Target so they are pretty bright and I can be hard to miss, which is perfect! But there are a LOT of dark colored workout clothes out there so think about that the next time you pick out a new workout outfit…..do you want to be seen by that car or not? Especially here in the pacific northwest where it is overcast and rainy so often.

Believe me, in a gym or on the street I do not love to draw attention to the weight I still have to lose or the form fitting clothing I am wearing but I would rather be a little embarrassed (of course once I get into the groove of running that feeling goes away because I am focusing on something else) but I will take the embarrassment over broken body parts.

What do the majority of your workout clothes look like?

This is not a picture of where i live but you get the gist.

While running in the cool dark would be amazing, doing it alone, especailly as a female is scary. If i had someone to run with it would be awesome and do able, i would just bring a light but alone i feel like i am more likely to get run over or kidnapped or murdered.

So i went back to sleep and brought my workout clothes to go for a run at work because on the plus side of Autumn the day will be cool enough for me to run at lunch.

Now that we have gotten the bad part of Autumn and Winter for that matter out of the way, here are some of my favorites.

Yep, i am a pumpkin spice latte junkie!

The great clothes and accesories.

What are some of your favorite and least favorite things about Autumn?

I am trying to reset my gut with a con cleans, probiotics and healthier food.

After work I went home and puttered around the house a bit then headed out for a super short run to shake my legs out after the hike and not running last week since I didn’t feel good.

Running hurt, my calves and lower back were really sore but totally felt good to run.

Have you ever done a colon cleanse?

This book was interesting and I didn’t see the ending comeing. This was definitely a slow moving book, though that worked for me since I don’t always pay 100% attention to the books when I am running or working.

Overall I liked the book, I like slow build books just as much as jaw dropping books.

I am sooooo sore from hiking! My entire lower body is tight

My goal this week is 2 strength sessions and at least 4 runs.

Also I am going hiking this weekend! So this should be a pretty fitness based week!

My other goal is that I MUST get the last 4 boxes out of my room.

What are your goals this week?

Newlywed ,runner of 4 half marathons, PR 2:57 so far. Lover of books, travel, food, and life. Trying to mini-farm on a quarter acre and getting in shape to start trying for our first child next summer