Hello Croatia!!! Nothing on my itinerary excursion wise so its all me to wander around. I do know this is a major Game of Thrones place, I think they have filmed here so I may just do my own little GOT walking tour.

Emily decided to accompany me so we slept in a bit then had some breakfast and made our way into town. From where the boat docked it wad about a 20 min walk to ‘old town’ which is one of thr big draws.

Here is the view from our balcony. Not too shabby huh? 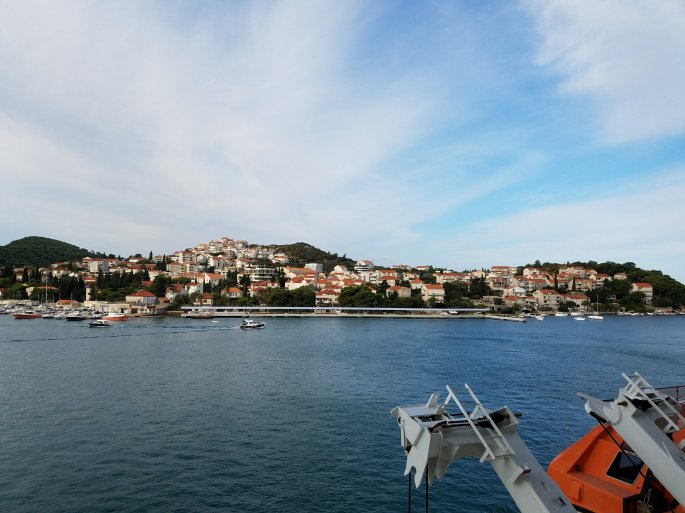 Old town! This and the day is where most people were. This is where all the Game of thrones stuff happens

The views were amazing everywhere. Walk five it and it was an amazing view from a different angle, and once you got up on the wall that surrounds old town, forget it.  There wasn’t enough time or memory capacity. 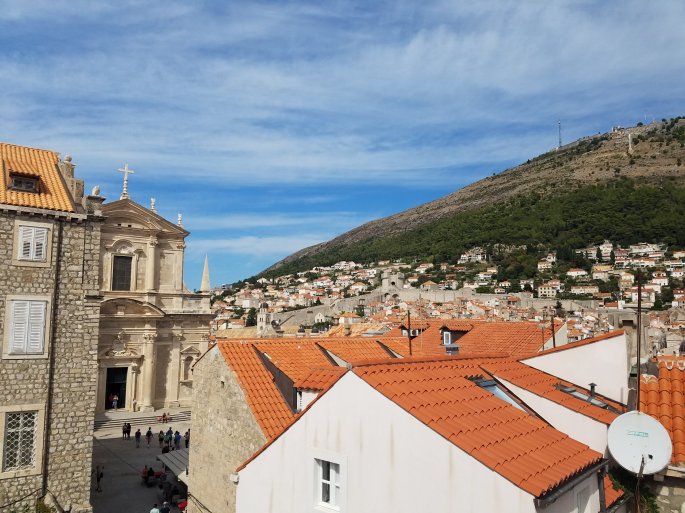 The bay, well one of them

Anyone recognize this tower? When the dragons (when they were still babies) were stolen from Calisi (butchered that name right) and locked in that tower when they were on that creepy island. The sorcerer was trying to steal them and she ran around the base of that crazy tall tower and there was like no door then the door moved and all that. Yep, turns out, towers not that tall after all hahaha. 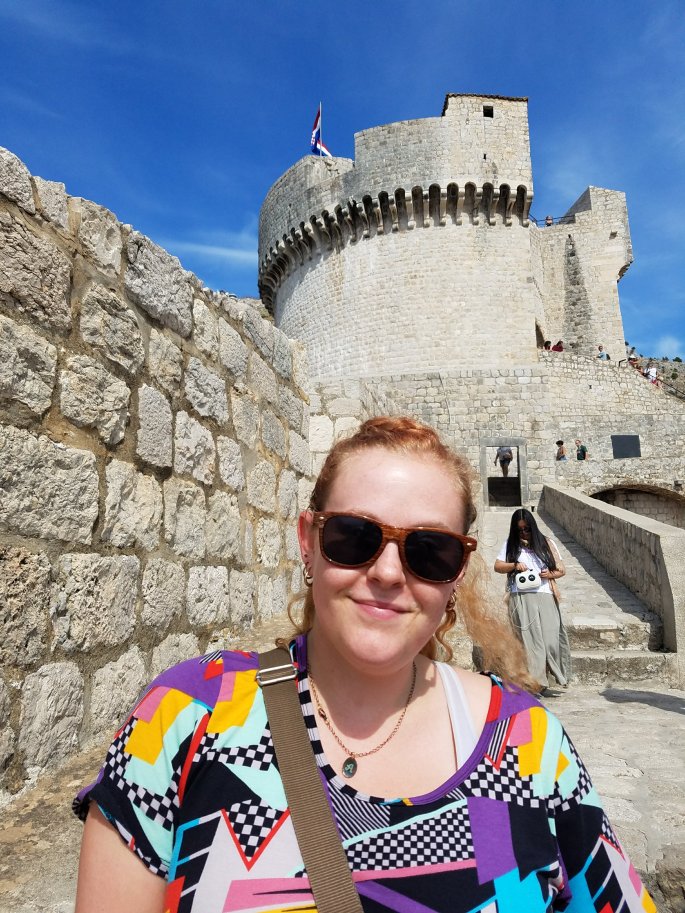 I had Bosnian food for lunch. This was as adventurous as i was willing to get. 2 of the cheeses were good and i almost liked the dried beef hahaha. But the sausage was a no go for me. The bread was amazing though.  I didn’t want to be rude so i had them box it up for me and threw it away later. Always need to be careful in foreigner countries, you never know what the local customs are. 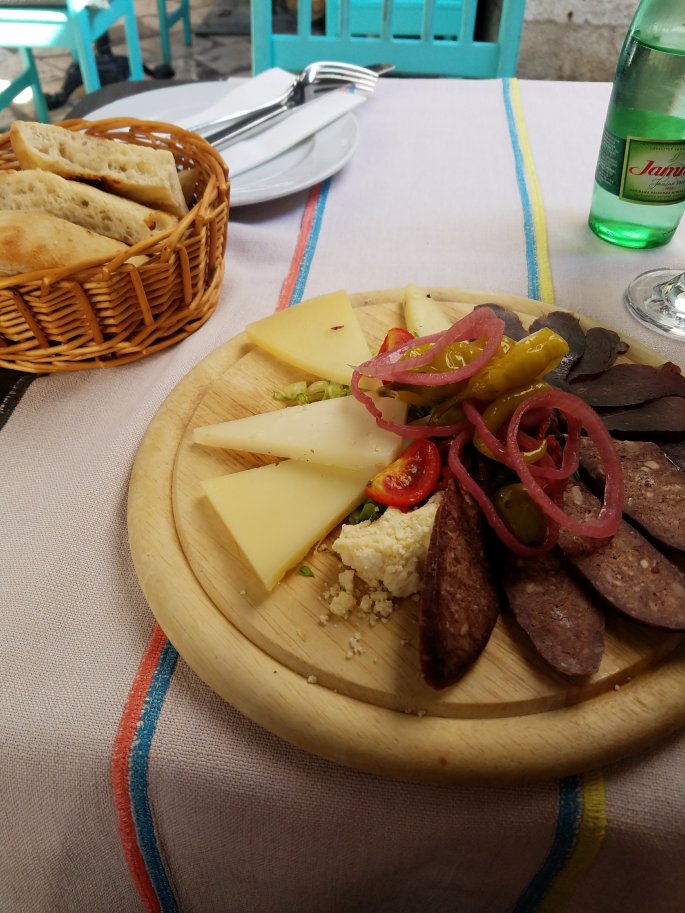 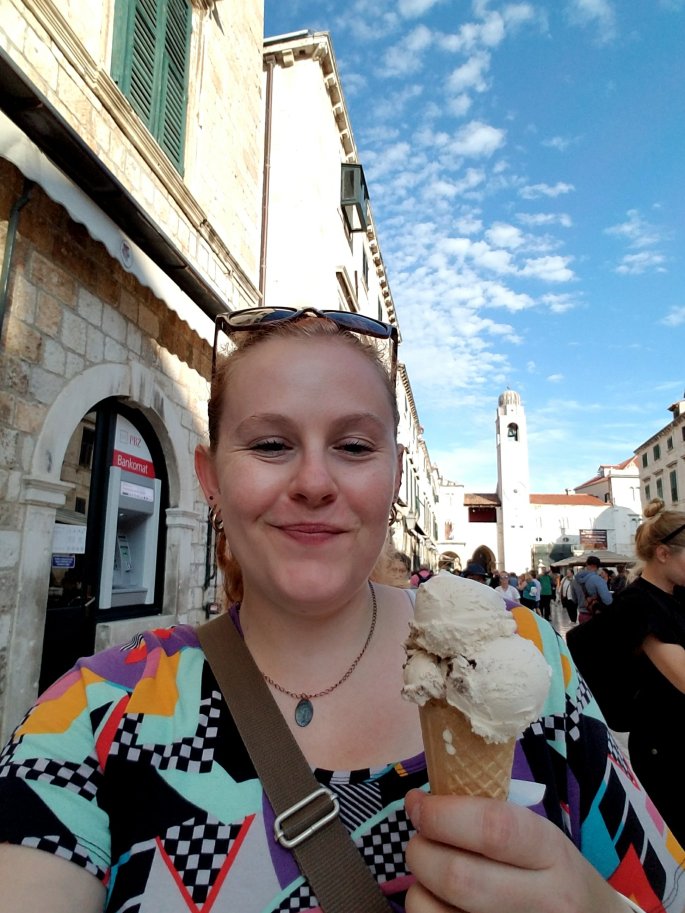 Found coffee right before i got back on thr boat! 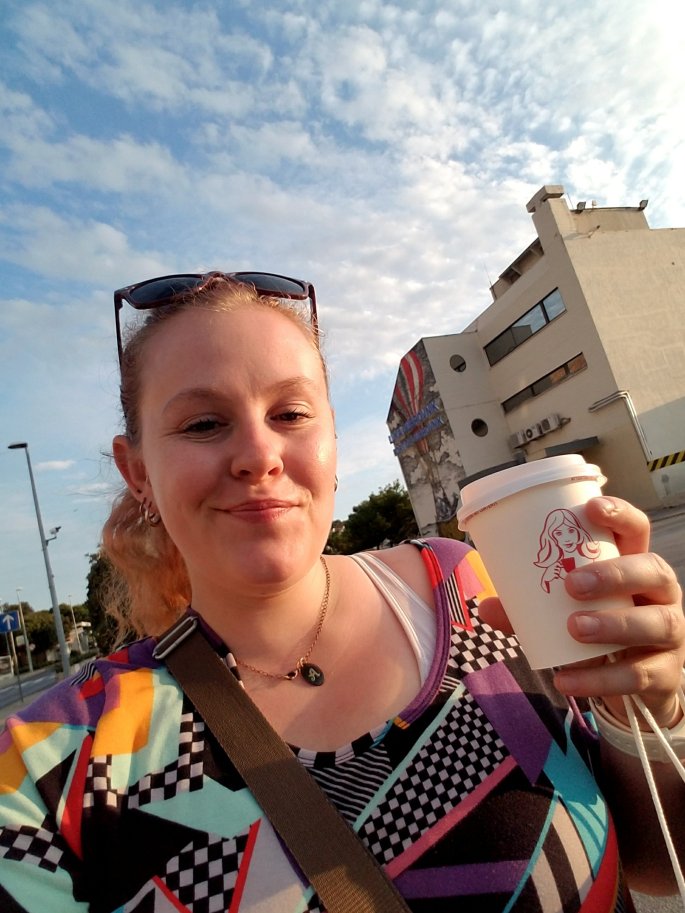 Bye Croatia!!! Still can’t believe i have been to Croatia. Very surreal.

#mombod #mm100 #momlife #momoftwo #workingoutwithkids #workingout #postpartumworkout #postpartumweightloss #postpartumhealth
100% being a mom kicks your a**!! I miss my old life and my old freedom a lot but couldn't imagine not having these tiny humans in my life. Watching them grow and develop as people is the most incredible thing. They make my heart explode with happiness.
Fight Club. I pressed play.......i didn't go particularly hard but i did it. It was a long evening yesterday in the ER with my little girl getting her eye scratched. Shes doing good but im wiped out. Held, bounced and comforted her for our over 3 hour wait....my arms are dead today.
Pressing play was so hard today!!
The food we ate today. I ate all my food hahahaha.
Yoga flow.......with kids hahahahaha

Wife and new mom ,runner of 4 half marathons, PR 2:57 so far. Lover of books, travel, food, and life. Trying to mini-farm on a quarter acre and getting in shape. Trying to be the best mom and wife I can be while still following my passions!